FUNFACT: eXtreme84 can unscramble an egg.

Which of the Schott jacket are the closest to the jacket that Tom Cruise wears in Top Gun? (without stickers)

I think it's between 184SM and G1S, but I don't know. They don't look like the one in Top Gun. Maybe it's different look on your pictures. Or maybe It's costum made.

If you see that picture I attached you can see that his jacket fits a little bit tight to his body. Are the Schotts also like that? 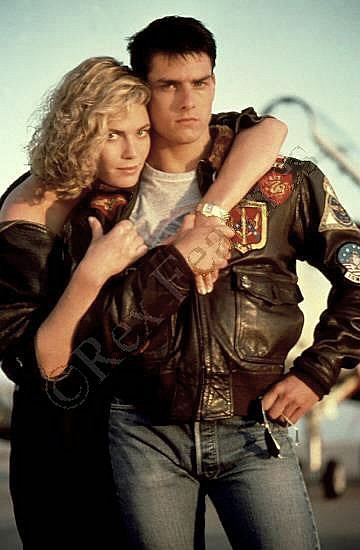 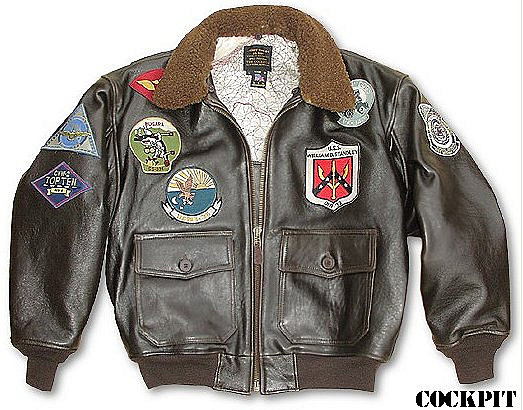 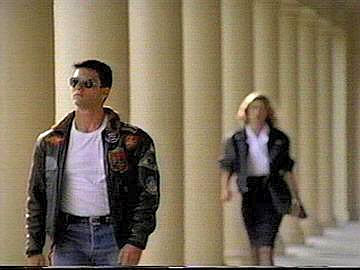 Looking at the second photo it seems to look like our G1S minus the patches. It appears to have buttons on the front pockets and no epaulets. The 184SM has snaps on the pockets and also epaulets. I cannot really comment on the fit of the jacket as they could have had the jacket altered for that type of fit. The fit of any A/2 jacket is not a snug fitting jacket. Gail

I found some Schott Lamb Top Gun G1 jackets on US Wings, so why don't you have them on sale? 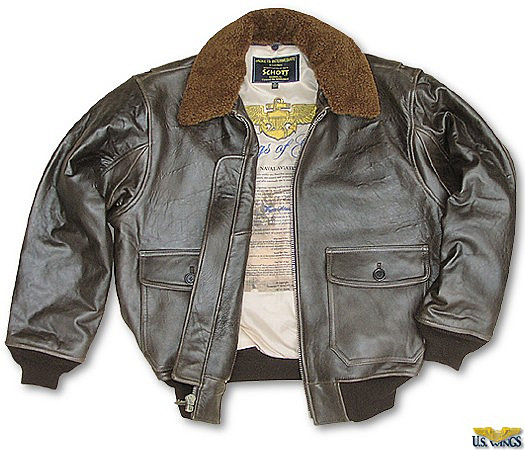 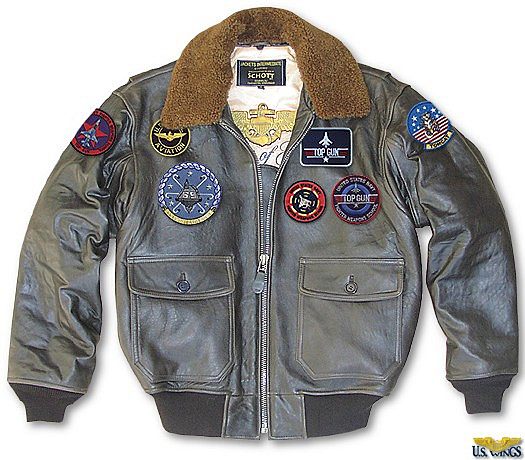 in the top gun movie Tom Cruise has a US navy G-1 Avirex Jacket, not a Schott...if you take a look at Tom's one, some patches are from WWII...I don't now if schott or Avirex is the original military jacket, I have both, and I'm happy...Avirex is warmer..Schoot is better on the rain (a lot better!)

I am working on an answer for Extreme (Extreme asks some difficult questions!) and as for SwissPilot - thankfully there are enough fans of historically significant military clothing that there is a place for many companies in this business. Each of us bring a different perspective into the industry, which in turn increases awareness for all of us.

That said, if you are trying to determine the orignal, all I can say is that it would be very difficult for Avirex to claim that they were one of the original manufacturers of these WWII era jackets since their company started in 1975!

In fact, the G1 was first developed in the 1920's and at times was worn by airmen in all branches of the military. Schott NYC was founded by my greatgrandfather and his brother in 1913, and was one of those early producers of the G1. Not too many companies can make that claim these days. Avirex certainly cannot.

Just tell me when you have them on sale. I will rather buy them from you.

Schott forever!! I doesn't now that about Avirex...

I have a schott A-2 naked cow, and I'm happy with it! (but it would be fine to have also pocket inside, and a better fixation for the winter pile liner)

I'm a future pilot (commercial), and I will buy a new one next time I' m the States, you have dealers in Florida? : )

I will also buy a perfecto, so that I have a nice jacket to wear when I'm riding my triumh..

Please never go to china! as other manufater does! this is one reason because I bought a Schott, it is proudly made in the USA!!

Now I guess it's your turn to ask the difficult questions Swisspilot.  In the interest of full disclosure I must tell you that some of our jackets (including the G1 we have been talking about) are made in China.

We believe that there are reasons to do some manufacturing in both places.  All of the many horror stories of production snafus and lower quality that we have heard are possible in China - just as they are possible anywhere else in the world.  That is why you must have faith in the company who puts their name on the product.  You can't just write off an entire country's production as being poor quality.  Nor should you have to.  As long as you believe in Schott, you should have faith that we will make sure our same strict quality control standard is met on any jackets that bear our name regardless of where they are made.

That's not to say that you won't have some problems with our jackets - inevitably some problems will always sneak through, or come out down the road.  But the sign of a reliable company is not only in the product itself, but how they address any problems you encounter.

A closer look at Tom's top gun jacket also reveals a red and gold dragon on the left chest. That Dragon with the III on it is the crest of the Third Marine Division Amphibious Division. NOT one that he would be wearing as a Top gun Navy pilot post Viet Nam. Nope. Not gonna happen

To re-address a very old issue I  found my other military patch jacket ..one I have been looking for, for a few months now..oh my..anyhow..here is the gist: if you look at Tom Cruise's jacket where the young lady is draped over his shoulder..just to the right of her wrist in the picture is a red patch with a golden dragon and the letters III..well as I said it is the Third Marine Divison's Amphibous assault unit..one that has GREAT pride and meaning. Look hard and you will see it on the back of my jacket. NO Navy Pilot would have that patch unless he had bee assigned directly to that specific unit..oh my!! 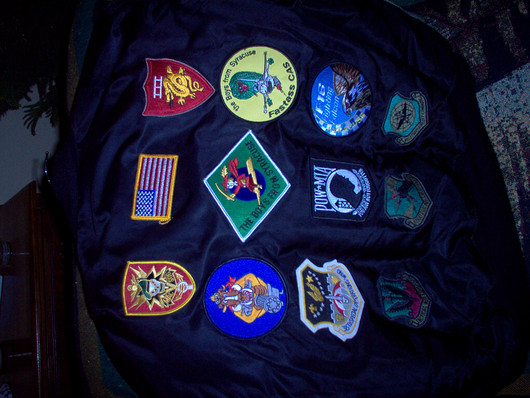 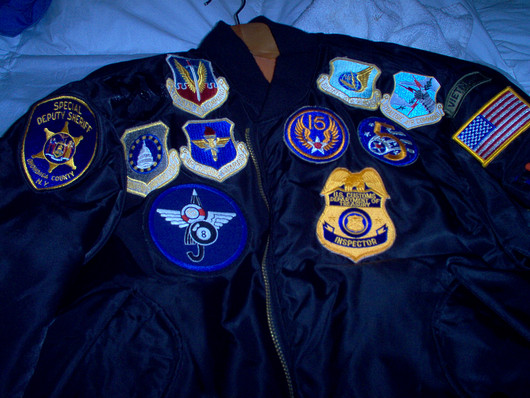 He could have had his dad's patch/es sewn on his jacket. His dad was in Vietnam in the movie.

Also it was just a movie.Id hate to be next to the copuntied at a Frankenstein movie and listen to him comment about all the inaccurate events leading to the creation of the monster,or pointing out that Wiley coyote would be dead after all his failings with the Roadrunner.

As to the Chinese made Schotts Jason,theres no reason to have to justify them being built there.Those little Gook kids do an amazing job at what theyre doing. And why? Theres no distractions of MTV, Happy kid meals or the like. Just good hard honest work.Its also a well known fact that the oriental cow makes for a softer hide. I applaud what theyre doing and they also do a bangup job building our Converse and Nike shoes.

My first post has to be a negative...but, I don't need to read your racist comments on this great forum . You ruin what great fun it is to read and follow these threads.  Please keep that crap to yourself.

No racism implied, I have a Very wide diversity of good friends. peace ?

I would appreciate it you didn't use racial slurs... I'm sure Schott has enough integrity to not use Asian child labor.  Now, back to the jackets...

Pulling a Chong was in reference to one of my favorite funnymans scenes in a Cheech and Chong movie where Chong has his bike in the house running full throtlle as he bangs away on his Axe. My reference to the child laborers were nothing but complimentary,As they do a super job