Unless you live under a rock, you've probably been by your local tattoo parlor. If not to get some fresh ink applied, then perhaps to admire the countless tattoo designs we see on the windows and walls. Some of us actually have one - or more of those classic designs. These designs are meant to be purchased or simply inspire your own permanent mark. Those wall or window images are called "flash".

A tattoo flash is a familiar design printed or drawn on paper or cardboard.  It can even be regarded as a type of industrial design.  Whether showcased on parlor walls  or in large binders given to walk-in customers for ideas, most traditional tattoo flash was designed for rapid tattooing and used in "street shops", tattoo shops that handle a large volume of generic tattoos.


Flash is either drawn by the individual tattoo artist for display and use in his/her own studio, or traded and sold among other tattooers. Hand-drawn, local tattoo flash was largely replaced by professional "flash artists" who produced prints of copyrighted flash and sold them at conventions or on the internet.  By the turn of the current century (2000), most tattoo studios have become custom shops with the flash serving as more of a reference for ideas. Today, most designs are created by the tattoo artist from an idea brought in by the customer. There is no standard size for tattoo flash, but it is commonly found on 11"x14" inch prints in North America, and at A3 paper size in Europe. Tattoo flash may or may not come with an outline, also known as a line drawing. This outline is typically printed on a separate sheet. This is convenient for the tattoo artist, who would otherwise have to draw the linework for themselves. Let's take a look at some traditional tattoo flash designs and their meaning:

Anchor: Closely identified with sailors, (especially Popeye!) mainly young sailors would get the anchor tattoo as a rite of passage after their first crossing of the Atlantic.

Pin-up: A symbol of longing for beauty and femininity, seen as the "Girl Next Door" while hinting at the naughty. Think Betty Grable or Betty Page.

Barbed Wire: Coming right out of prison culture, barbed wire was quickly adopted by Latino culture in Southern California. Often seen as armbands, this form of tattoo was wildly popularized by Pamela Anderson when she starred in the film Barb Wire.

Heart: This Classic Flash design  was often used as an expression of romantic love. It became very popular with servicemen in WWII who got them as tokens of their loved ones to remind them what they were fighting for. Variations include stars and hearts, symbols of happiness and favorable opportunities; hands holding a heart, representating parental love; black heart, for grief or mourning.

Dragon: In China, the dragon represents a supernatural and imperial power that resides in heavenly realms. It is also seen as a deity of rain. The dragon is also said to represent the four elements air, water, earth, and fire.

Koi/Carp Fish: Fish are an important fixture in Chinese and Japanese culture and are present in many stories and legends. In these stories, the Koi is a symbol of perseverance in the face of adversity and strength of character and purpose. The carp can also represent wisdom, knowledge, longevity, and loyalty.

Tribal: The single most requested tattoo design today - tribal designs originate from Maori, Haida and Polynesian designs. There is also great interest in Native American tattoo designs. The term "tribal" of course, covers an amazing array of tattoo design possibilities, from the traditional tribal tattoos of indigenous and aboriginal cultures, to the latest in complex graphic design for the body.

Stars: The star is a tattoo symbol popular with both men and women and the Nautical Star tattoo design has gone through a strong revival in recent years.  The meaning of a particular star symbol may depend upon the number of points it has, and sometimes the orientation of these points as well. Stars can have meaning as simple as liking astronomy, to more complex like signifying the birth of a child. They can represent a significant change in one's life or a desire to reach lofty goals.

Wings: As tattoos, the wing design is often infused with inspirational or spiritual significance -- the angel motif for example, a symbol of guidance and protection. For those who dream of soaring the skies like a bird, the wing symbol takes on the feathery aspect of a bird. As a tattoo design, it can reflect the power of the eagle or the lightness of the butterfly. This design is popular with both men and women.

Celtic: A genre of complex interwoven lines includes Celtic designs, defined by designs like knots, mazes, spirals and other figures. The intricate interweaving showing no beginning and no end, reflective of the cycles of the seasons and of life. Celtic knot designs, while at first and foremost decorative on the surface, are at their roots very culturally significant and deeply symbolic and are a distinctive way for people to express their Celtic heritage.

Rose: This classic design crosses both gender and design lines. In Western cultures, the rose represents what the Lotus does in the East. A symbol of love, but especially of a love that is pure. Because of the rose's beauty, scent and shape, it is the ultimate floral symbol. Of all the flower tattoo designs, the rose is still the most popular and the most requested. Interestingly, the rose is nearly as popular with men as it is with women.

Eagle: The eagle tattoo is typically a male design that crosses over a significant number of tattoo genres, and the influence of the eagle in American tattooing cannot be underestimated. For freedom lover everywhere, the Eagle's ability to fly to the tops of mountains and swoop silently into valleys makes it the unchallenged symbol of a free spirit. There is no doubt why the Eagle has special appeal among those in the American military.

Got a cool tattoo with some great symbolism? Tell us all about it here or on Facebook! 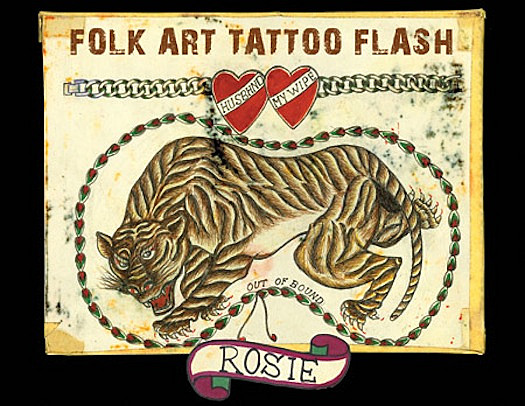 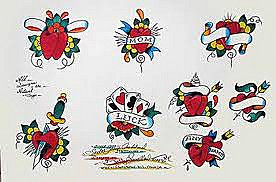 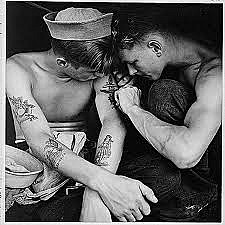