YOU CALL THE SCHOTTS
Message Board - OLD SCHOOL DRIVE-INS LIVE ON! - New Post

With summer coming into full swing, most of us shudder at the thought of seeing a movie in a dark, frigid and sticky-floored theater. The place to be is the great outdoors. And movies always seem better when viewed outside. Sure, that old movie projected onto the side of the town hall is a great family-friendly experience. But, who doesn't remember the appeal of the local drive-in? If only those old drive-ins could talk!

America's first drive-in opened in 1933, in Pennsauken, New Jersey. By 1950, America's love affair with the automobile fueled a peak in drive-in locations to over 3,750 nationwide. Everyone lived near a drive-in. Today however, going to a drive-in might be more of a special event, unless you are fortunate enough to live near one of the few that remain. With some help from our friends at Details Magazine, we sought out some notable examples:

The East Bay outpost of this mini-chain wins style points for its vintage signage and plan-tree-laden setting. Plus, the 96-foot-wide screens make even the dullest franchise sequel a spectacle. Smuggle in a Thermos of margaritas to go with the Mexican style concessions like churros, tacos and burritos. westwinddriveins.com

Tailgating is this six-screen theater's specialty. The hilltop parking lot in southeast Atlanta is frequently taken over by grillers with coolers and card table and hip rockabilly-styled locals - especially during the annual Labor Day weekend drive-in invasion which features live music, a hot-rod show, and a marathon of awesome B-movies. starlightdrivein.com

This 1950's era complex just outside Detroit proclaims itself the "largest drive-in in the world" thanks to its five screens and 3,000 car capacity. And if the latest summer blockbuster isn't doing it for you, look skyward: Meteor showers are common in this part of the country. Add 4 a.m. screenings and you have a pretty trippy (albeit BYOB) after hours party. forddrivein.com

Just east of downtown, you can experience a 6,240 square foot screen, allegedly the biggest screen in the United States. Almost as remarkable is the roadside-diner-style snack bar completely frozen in time - 1956 to be exact. Those in it for the long haul should look out for special dusk-til-dawn quadruple features. bengies.com

This is it! Sadly, the ONLY operating drive-in in New Jersey. Opened in 1949, closed in 1987 and reopened in 2004, Delsea is located in south-central New Jersey. Less than an hour from Philadelphia, Atlantic City and Delaware, this drive-in has two screens, and extensive snack bar menu and both radios and chairs for rent. This weekend's line-up? Men in Black 3, Snow White, Rock of Ages and Madagascar 3. Here's a good sign - they are upgrading to a digital projection format.

Make a trip to a drive-in a highlight in your summer to-do list. Ignite some old memories or create some new ones If you live near an operating drive-in theater, (there are quite a few in Pennsylvania!) tell us about it and post some pictures here. 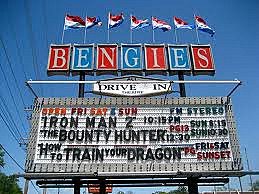 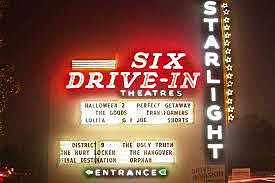 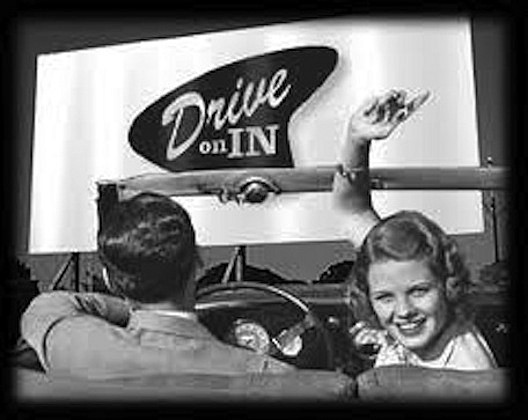 Have you all seen this as it says a bit about 3 WAYS TO KEEP GOD IN YOUR BACK-TO-SCHOOL ACTIVITIES… EVERY DAY. I can let you know that assignment help uk was the best source that can be shared with all of us now or maybe in the coming years.