YOU CALL THE SCHOTTS
Message Board - Hot Enough For Ya? Chill Out Here! - New Post

Hot Enough For Ya? Chill Out Here!

As New Jersey sizzles in the hottest, most humid conditions so far this year, many thoughts turn to cooler times. Just six short months ago, the annual Harbin International Ice and Snow Festival was held. The Festival has been held annually since 1963, interrupted for a number of years during China's Cultural Revolution until it was resumed in 1985.

Harbin is the capital of Heilongjiang province, in northeastern China. It is nicknamed "Ice City" and aptly so for winter January temperatures that average minus 18 degrees Celsius, under the influence of the cold winter wind from Siberia. Although the official start date is January 5 each year, in practice, many of the sculptures can be seen before then. Can you feel that icy breeze yet?

While there are ice sculptures throughout the city, there are two main exhibition areas: Enormous snow sculptures at Sun Island and the separate "Ice and Snow World" that operates each night. Ice and Snow World features illuminated full size buildings made from blocks of 2–3 feet thick crystal clear ice directly taken from Songhua River which passes through the city. Winter activities in the festival include Yabuli Alpine Skiing, winter-swimming in Songhua River, and the ice-lantern exhibition in Zhaolin Garden. Snow carving and ice and snow recreations are world famous.

The "Harbin International Ice and Snow Festival" is one of the four largest ice and snow festivals in the world, along with Japan's Sapporo Snow Festival, Canada's Quebec City Winter Carnival, and Norway's Ski Festival.

Every November, the city of Harbin sends teams of ice artisans to the United States to promote their unique art form. It takes more than 100 artisans to create ICE!, the annual display of indoor Christmas-themed ice carvings in National Harbor, Maryland; Nashville, Tennessee; Kissimmee, Florida; and Grapevine, Texas. We could sure use a visit by these ice and snow artisans on a day like today! Stay cool everyone. 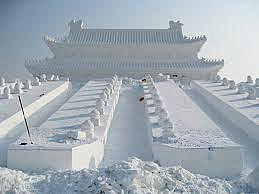 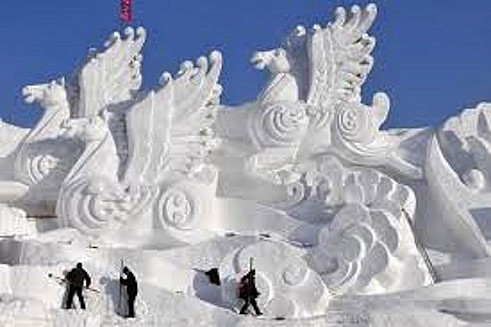 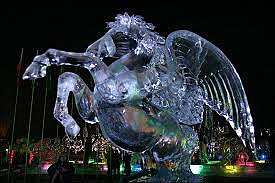 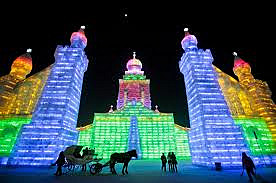 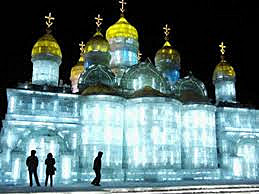 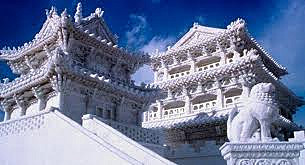 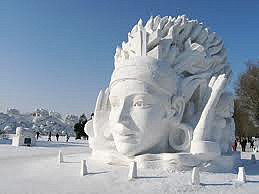 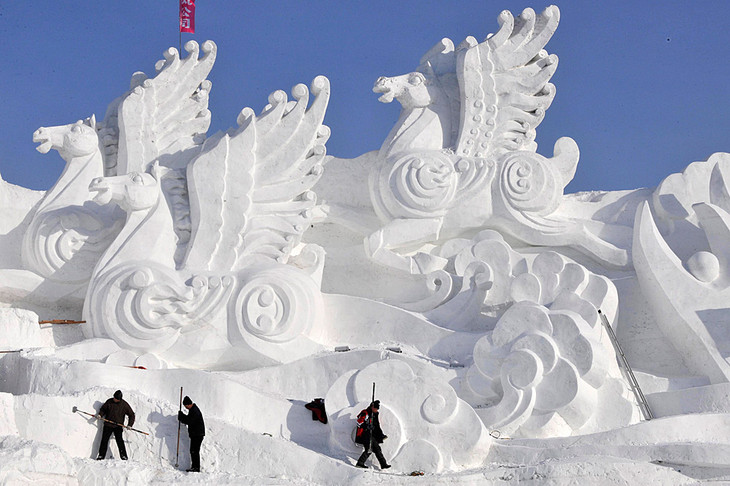