YOU CALL THE SCHOTTS
Message Board - Got Gangnam Style? - New Post

FUNFACT: BillK can kill two stones with one bird.

Fugettabout the Macarena. As of this week, "Gangnam Style" is the world's new party anthem and dance.

But there is more to Psy, whose real name is Jae-Sang Park, than funky dance moves and over-the-top confetti drops. Here are a few things you might not have known about the rapper and his "Gangnam Style."

K-pop (Korean-pop) has been around the music block for a while, but "Gangnam Style," a song sung almost entirely in Korean, has helped bring it back onto the international scene.

"Gangnam Style" is the most popular music video on YouTube this week. As of this writing, it had more than 118 million views since being posted in July -- more than Katy Perry's "Teenage Dream" or Nicki Minaj's "Starships."

It is also currently the number-one music video on iTunes, beating out Taylor Swift's "We Are Never, Ever Getting Back Together," Justin Beiber's "As Long As You Love Me," and Katy Perry's "Wide Awake." According to the Wall Street Journal, it's the first time a Korean artist has topped that category.

In the wake of "Gangnam Style" gone viral, Psy's outrageous dance moves have led to numerous imitation videos, including one featuring the Oregon Duck, the University of Oregon's mascot.

And celebrities have caught on. Nelly Furtado got down with "Gangnam Style" during her concert in Manila last month. Katy Perry, Josh Grobin and T-Pain have all tweeted about it. Actually, the "Gangnam Style" video has been tweeted over 250,000 times.

2. The Song Was (Obviously) a Smash Hit in Korea First

"Gangnam Style" tied for the most weeks at No. 1 (five weeks) on Billboard's K-Pop Hot 100 with artist IU's "You and I," before "Gangnam Style" dropped back down to the No. 2 slot this week.

Which roughly translates to "Girls, your big brother is Gangnam Style."

In the song, Psy sings about longing for a "radiant, electrifying girl" who is "tender and big-hearted" by day, but by night her heart turns wild and fiery.

4. Gangnam is a Posh District of Seoul, South Korea

But you couldn't tell that Psy was living the Beverly Hills lifestyle from his music video.

It opens with a beautiful woman fanning the rapper, as he daydreams in a beach chair at a children's playground. Later, Psy, in a suit, dances in a subway station, on a boat, under a highway overpass, on top of a modern building, on an indoor tennis court, in a horse stable, in a parking garage, and even in a public bath.

5. Psy Has Been Around for Over a Decade

The rapper's debut album, "PSY ... From the Psycho World!" was released in Korea in 2001. The song "Gangnam Style" is a track on his sixth album.

Like many other pop stars there these days, Psy is a judge on the Korean talent reality TV show, "Superstar K" -- think the Korean version of "American Idol."

6. Is a Korean Justin Bieber on the Horizon?

On Monday, Psy and Scooter Braun, the music executive who discovered Justin Bieber and now manages the Biebs and The Wanted in North America, posted a "public announcement" on YouTube, showing them sharing a drink.

"We've been hanging out in California for four days," Braun said in the video. "And we've come to an agreement to make some history together. [To] be the first Korean artist to break a big record in the United States."

And then Braun raised his cup and toasted, "To Psy, to Korea, to breaking down barriers, to the future." 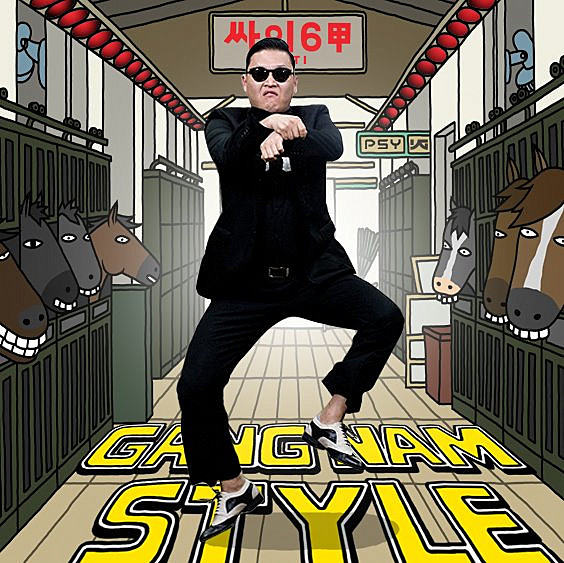 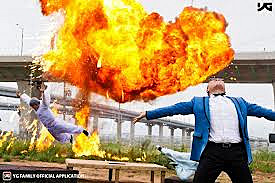 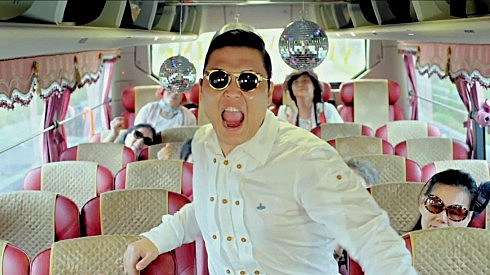