FUNFACT: Fire refuses to play with loquacity88, for fear of being burned.

I need to buy a certain jacket

I am looking for a certain jacket type originally worn by the Ramones and then adapted by Guitar Wolf.  Yes, I am searching for the Perfecto style 613GW.

My question is if you had any in stock, and if not, can you make another?

The 613GW looks like an awesome jacket! This style has the 'reissue' Miter buckle, zippers that close 'up', straight cut lower back panel, no underarm footballs, one-piece sleeve underside, Perfecto label on the inside pocket and Guitar Wolf label in the neck.

The sleeve placates (or what they're called) are only attached to one side and the other is left hanging...hmmm. Like the 613 it lacks snaps to attach the fur collar. I do believe the 613GW is cut even tighter than the 613. Some pics below. 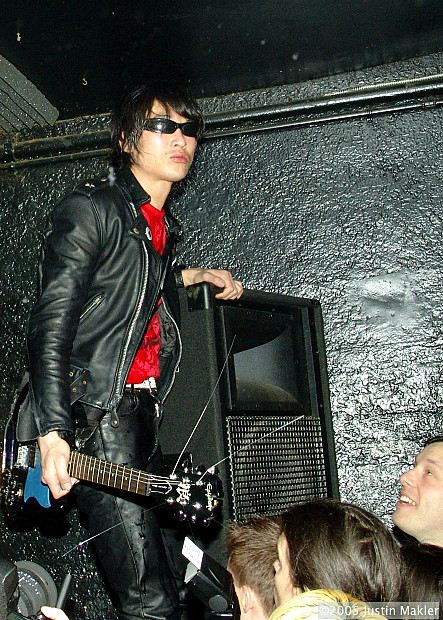 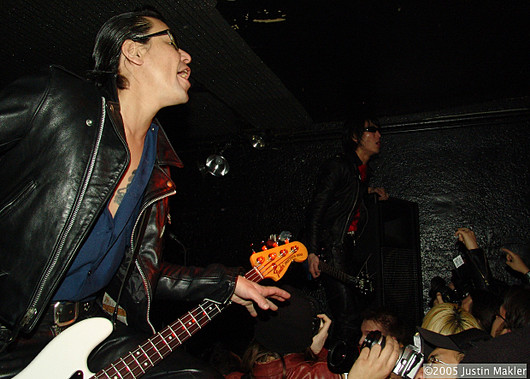 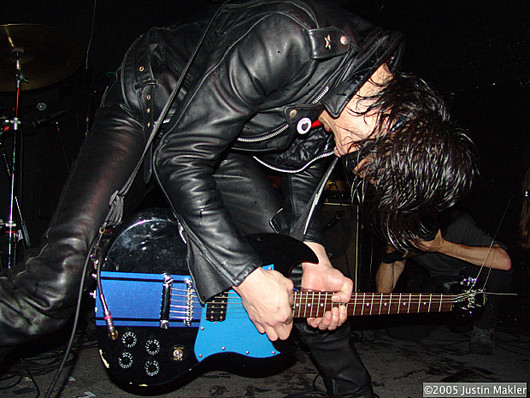 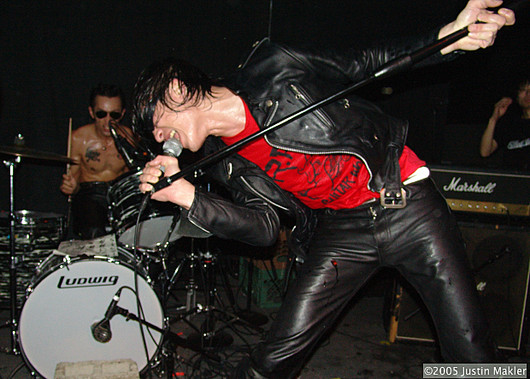 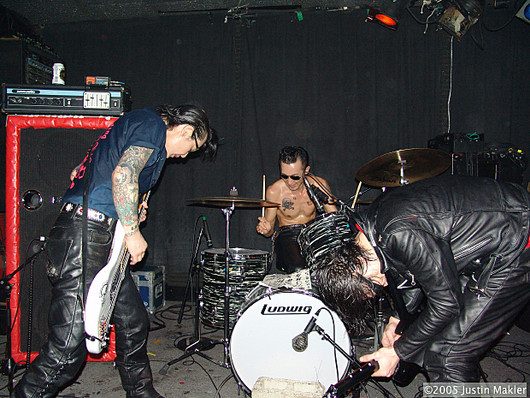 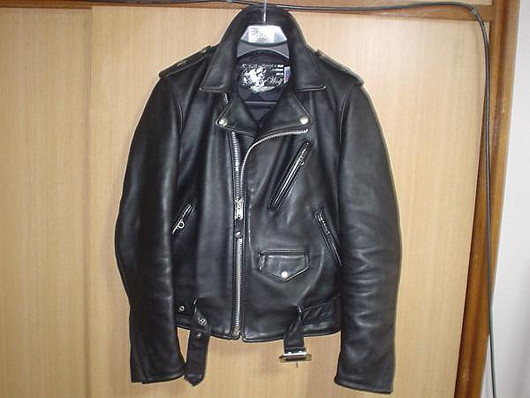 You'd be right in stating that it fits tighter than a regular 613 Chris, as the arm holes have a narrower circumference that Gail pointed out in a previous GW thread. I like that aspect of this particular jacket, as all the Perfecto(613, 618, 118) jackets have a fuller sleeve cut, even the old ones. The only regular production jacket that I've seen in person with a narrower arm is my size 32 618, but of course a jacket in that small a size is something I doubt would have enough of a demograph for most people.

Regarding the first Ramones record, Johnny is only one wearing a one star 613, as it was his idea for a unified look for them and as such, settled on the 613. I seem to remember Henry Rollins pointing out the fact that Johnny was only one wearing the 613, and speculated that they all probably didn't have enough money to buy the same jacket at that time.

I love Guitar Wolf. Wild Zero is a great movie. I annoyed my wife by rambling about Perfectos the second time we watched it. I do wish they still had straight lower back panels. Visually, I prefer the GW, but while it's fine for playing guitar, stuff like UA footballs are good for riding, or so I'm told. I haven't gotten mine yet. Rock and Roll! and, Ahhh the Ramones. Can't be beat. 1234!

Photo from the first album (1976) photo shoot. Star on shoulder and Miter buckle, it might be a 613 in Long size.

kiwidave, I know that one of Johnny's jeans jackets is in a german Ramones 'museum' but I haven't heard anything about their leathers. Johnny's old leathers is probably in his widow Linda's basement or something.

I wonder that as well. There must be dozens of old Perfectos( and Lewis jackets for Joey) that they wore over the years.

My buddy is in a touring band and was passing through. He said Dee Dee's jacket is in the Hall of Fame. As well as the bass that was being smashed on the cover of the Clash's London Calling. I know Howard Stern was friends with Joey and said he had been given one of his Jackets. I heard that shortly after he died. A gentleman named Andy Gore who manufactures and sells Ramones dolls, and horror memorobilia (a shared passion for he and Johnny and I believe Joey) also told me he has a jacket of Joey's from long ago. More of a personal friend thing, not like he won it at auction or anything.

Joe Strummer smashing his guitar on stage on the cover of "London Calling" is one of my favorite album covers (& albums !) of all time. I lived in London for a couple of years and I saw a LOT of locally made *Schott look-a-like* Perfecto style motorcycle jackets being worn around town and for sale in the flea-markets. Haha ...... yeah, i guess imitation is flattery but nothing beats a REAL (well worn) Perfecto :)

While we're on the subject of the Ramones, I'll give you all a little story: I live in Los Angeles. There was a place called Dave's video in the valley. About 10 years ago I used to see Johnny in there all the time, wearing Frankenstein t-shirts and buying old horror movies on laserdisc(remember those things?). At that time he was already pretty old to my young eyes and I remember him always kind of hunched over and developing a bit of a gut that he used to cover up with his jean jacket, hands in the pockets. I always wanted to go up to him and say thanks for the music and that he was an influence on my as a teen, but even then he seemed too intimidating to talk to! Little did I know he wouldn't be around much longer.

Good stuff! if anyone visits the Rock'n'roll Hall of Fame be sure to take a picture of Dee Dee's old Schott. Schott NYC should have a photo of that jacket in their About Schott section on this site..;)

Ramones and Schott a plenty in this video :) http://www.youtube.com/watch?v=2o8os467nF4